We have finally reached the last two days of the trip!! These two cities were by far my favorite. We arrived in Hong Kong after a three-hour flight from Shanghai. The weather was finally warmer and there was so much green. I was astounded by the city, nothing like the ones we had previously visited. We arrived to our hotel right after sunset, so once we checked in, we headed out to explore what was around us. Luckily, we were located in the center of downtown, so we had lots to see.

Fun Fact: Hong Kong and Macau are both part of China but are the only two cities that have their own flag. The reason is because Hong Kong was a British colony up until 1997 and moved back to China according to the political agreement of the “one country, two systems” principle and Macau was a last Portuguese overseas colony up until 1999. To enter either city you have to go through immigration. 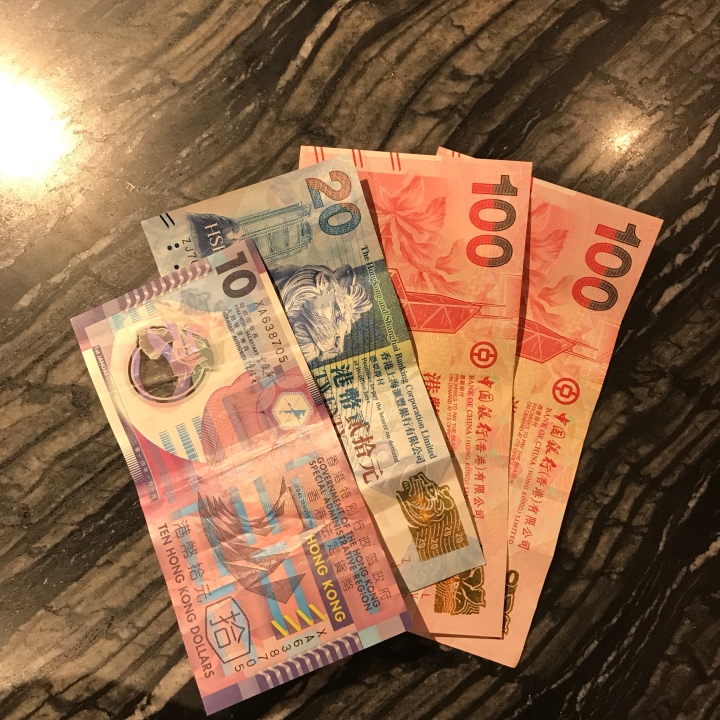 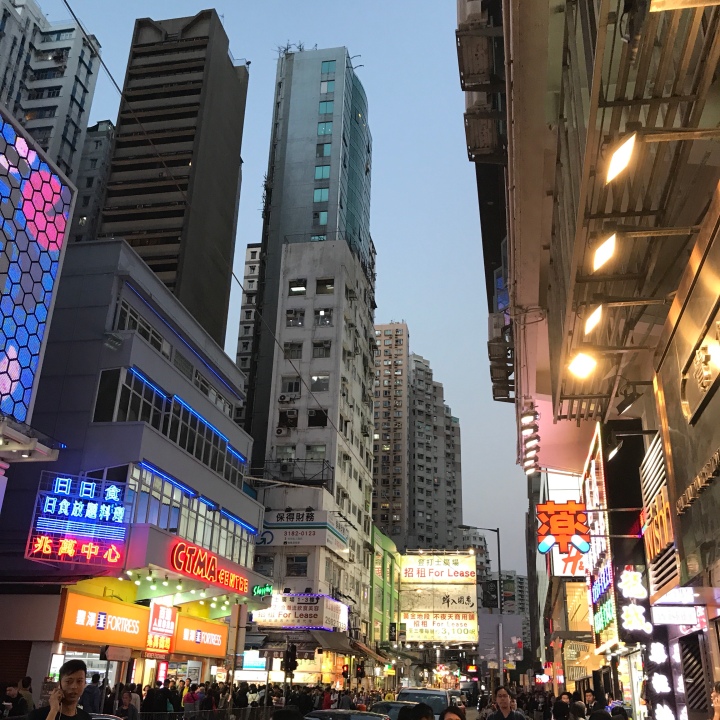 The next morning, we had a personal tour guide. The first place we visited was the Aberdeen fishing village. Since Hong Kong is a pretty expensive city to live in, you will find fishermen and ordinary citizens that live in their boats because it is less expensive. 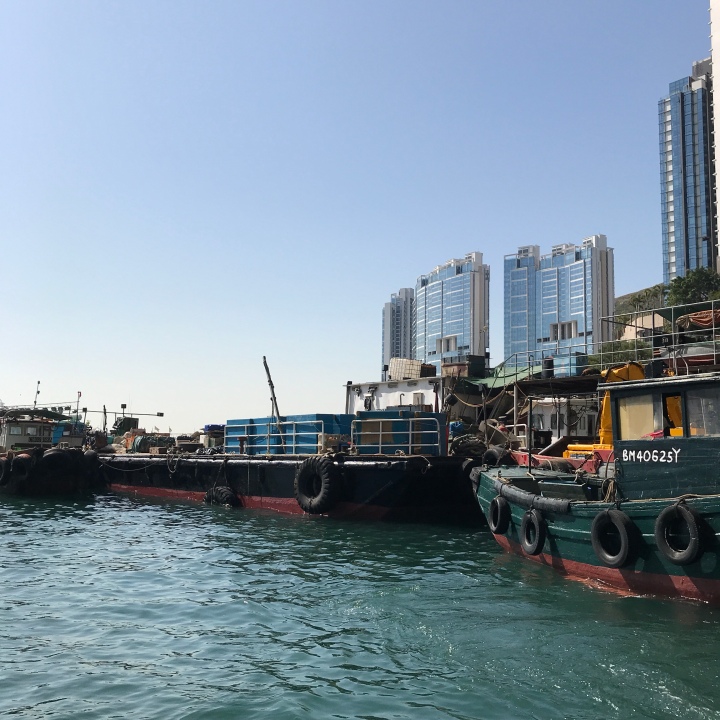 Right after, we headed out to Victoria Peak aka where all the rich people live. The transition out of the city to a more beach front environment. Our first destination was Stanley’s market where they sell everything from clothing to souvenirs. It was a very interesting environment. 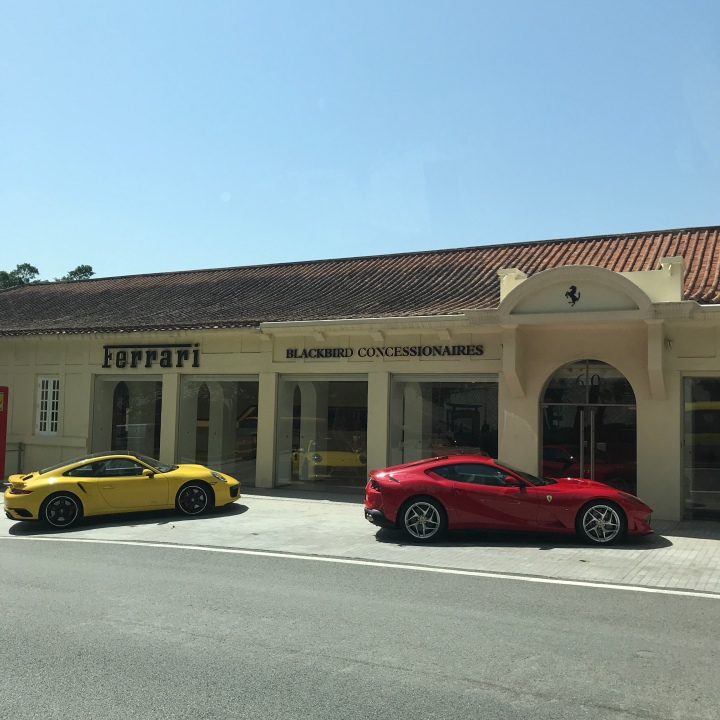 After an hour of exploring, we headed up to the highest point of Victoria Peak. During the ride up, you see an incredible scenery of the ocean and the amazing homes located up there. And once getting to the highest point accessible, you will find a mall and the best view that overlooks the whole city of Hong Kong. 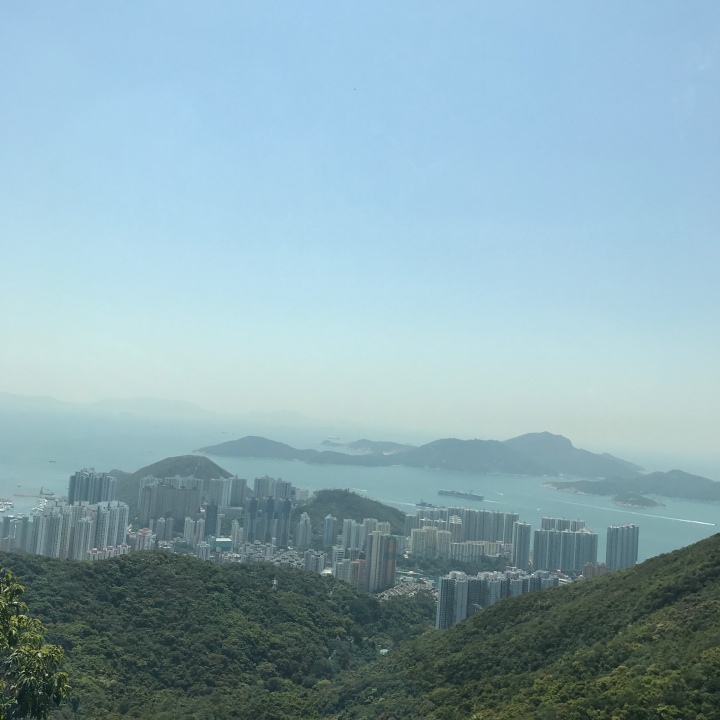 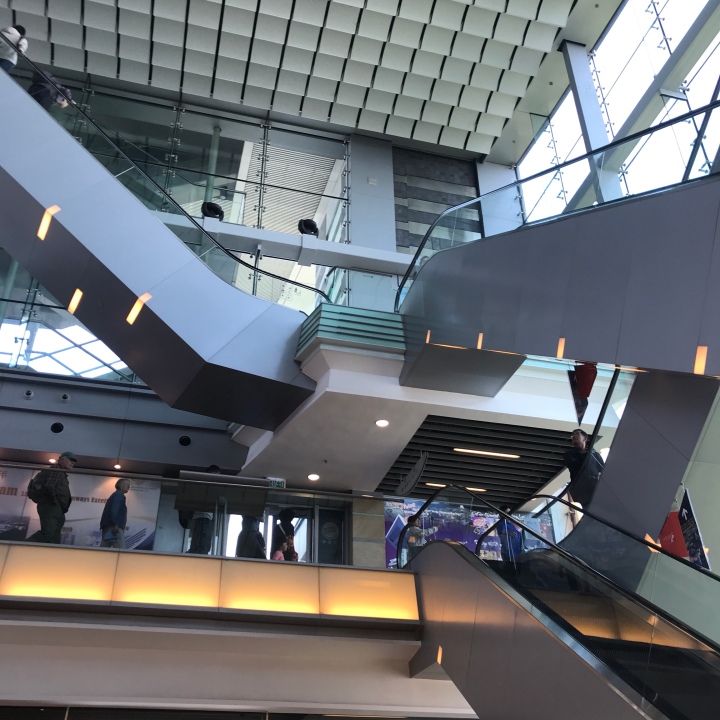 Since it was just us, the tour was a lot shorter than anticipated . So once we finished enjoying the beautiful sight of Hong Kong, we headed back to the hotel with the rest of the day to explore on our own. 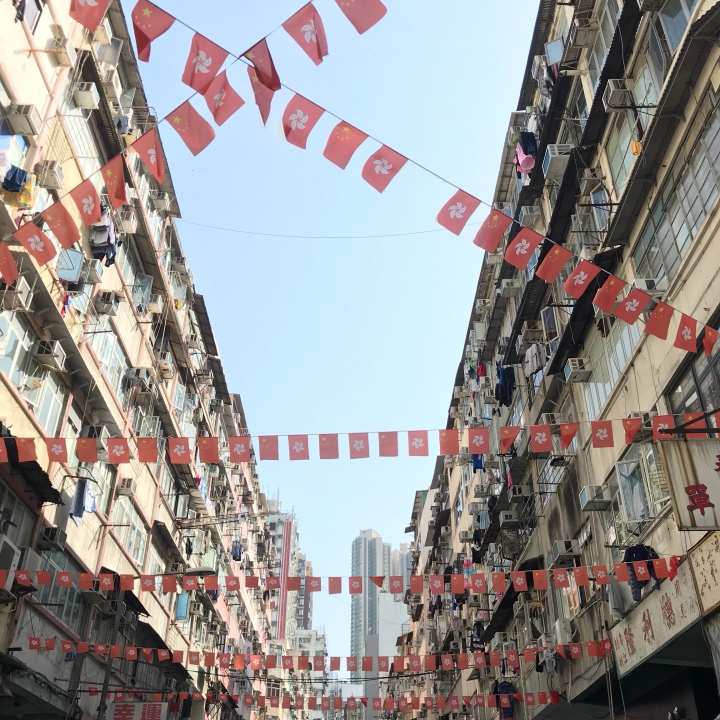 Out of the whole trip today was the earliest we had to wake up to take a tour. And because of that I had only 20 minutes to get ready. We headed out to take a turbojet ferry out to the peninsula of Macau.

We first headed out to the Venetian hotel and casino to check out the ambience. It is said that they are making it to be a Chinese Las Vegas.

We then headed out to Macau tower, standing at over 1000 feet tall it gives you a 360 view of all of Macau. To go up to the observation deck it costs you 140 Hong Kong Dollars (≈$18 US dollars), and for extra it gives you the option of bungy jump, sky jump, sky walk and tower climb. 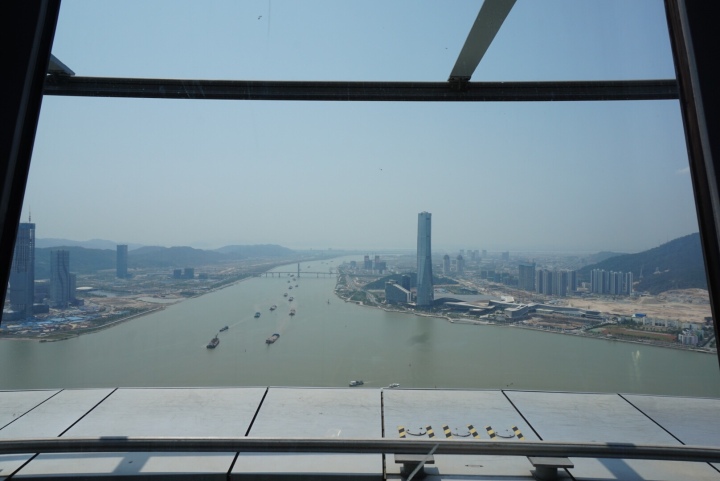 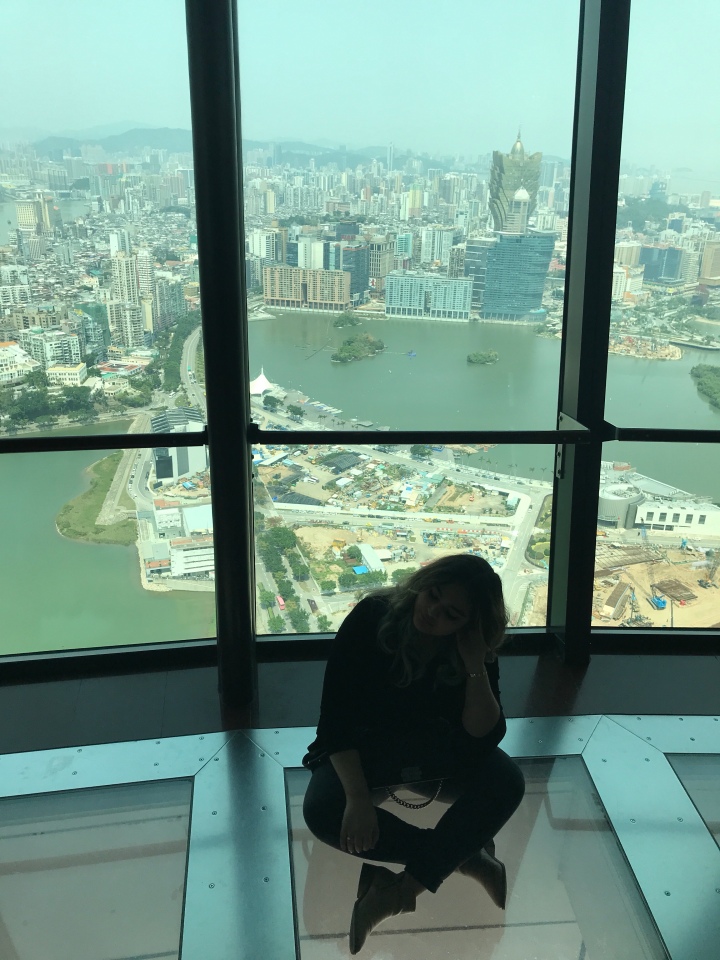 We then headed out to explore:

the ruins of St. Paul
It was destroyed by a large typhoon that hit Macau in 1835, caught fire for the third time, and was left with nothing but the front portion of the church. 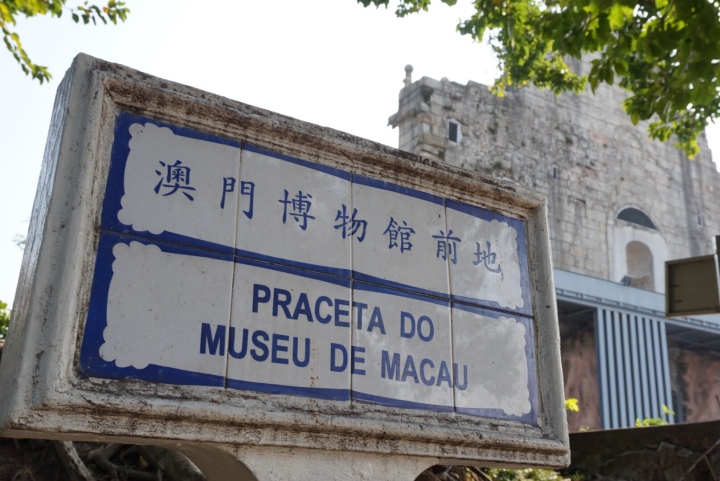 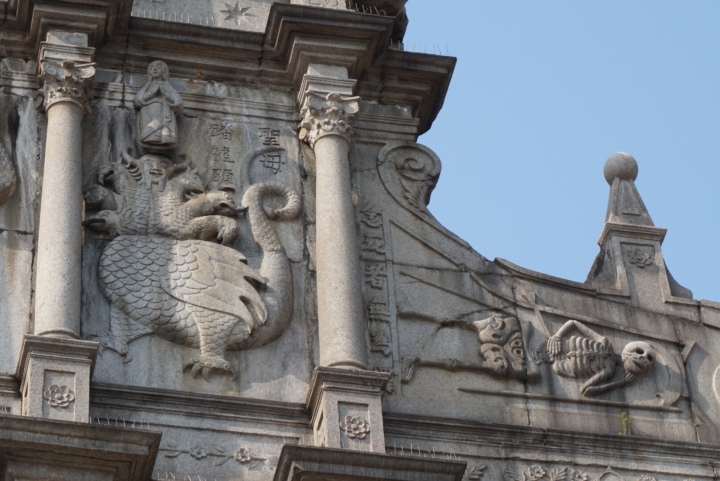 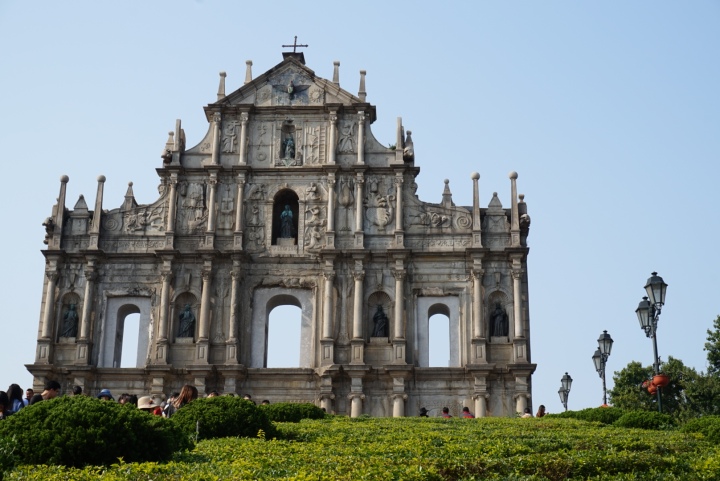 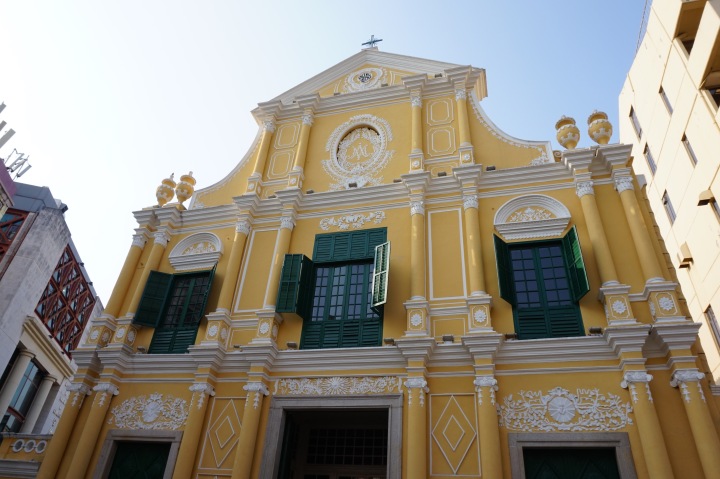 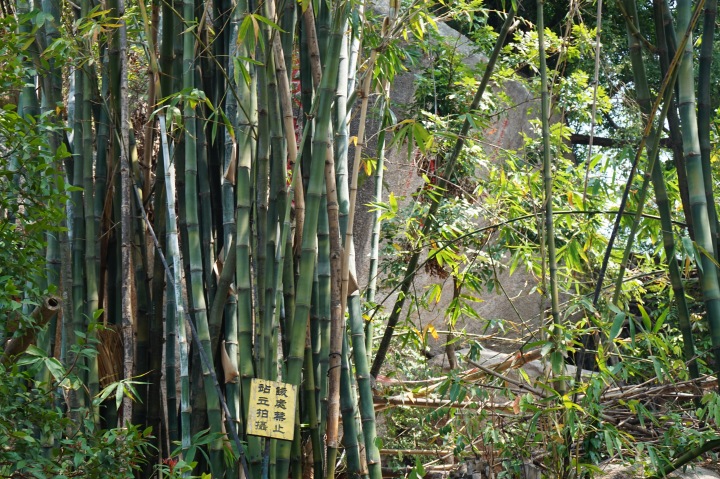 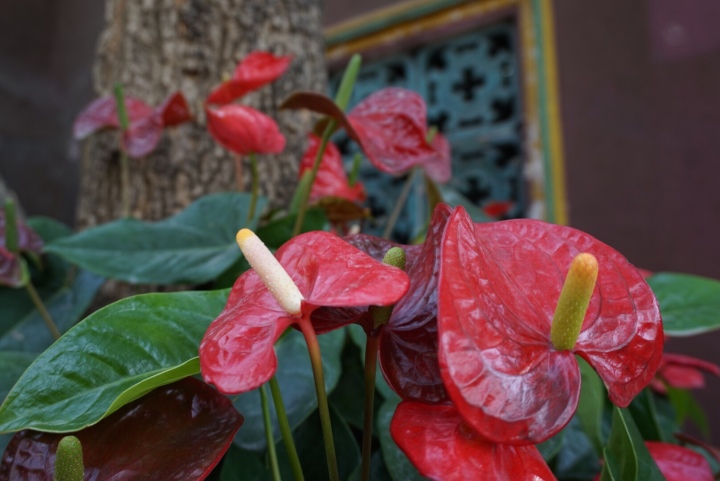 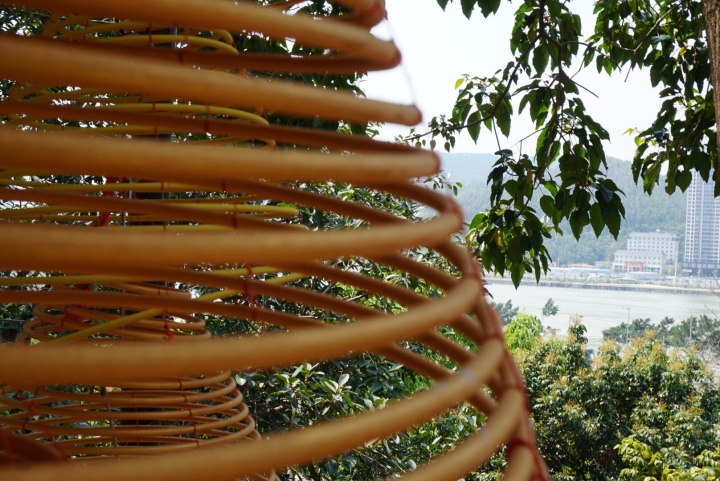 We even treated ourselves to a Portuguese bakery that had some delicious Portugese egg tarts. We did lots of walking and saw lots of the local life. 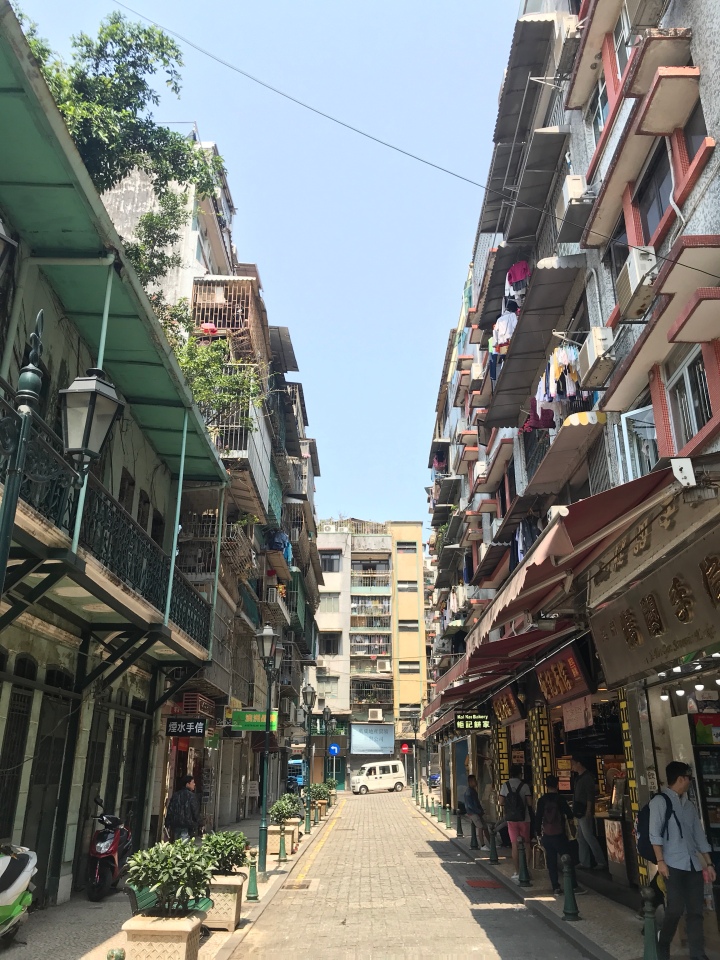 After, we headed to Jackie Chan’s hotel The Grand Emperor. The lobby is quite impressive due to the fact that the floors contain 78 gold bars. 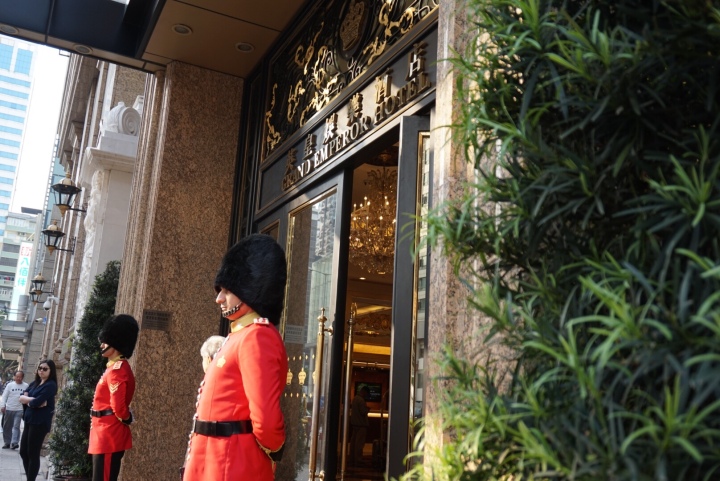 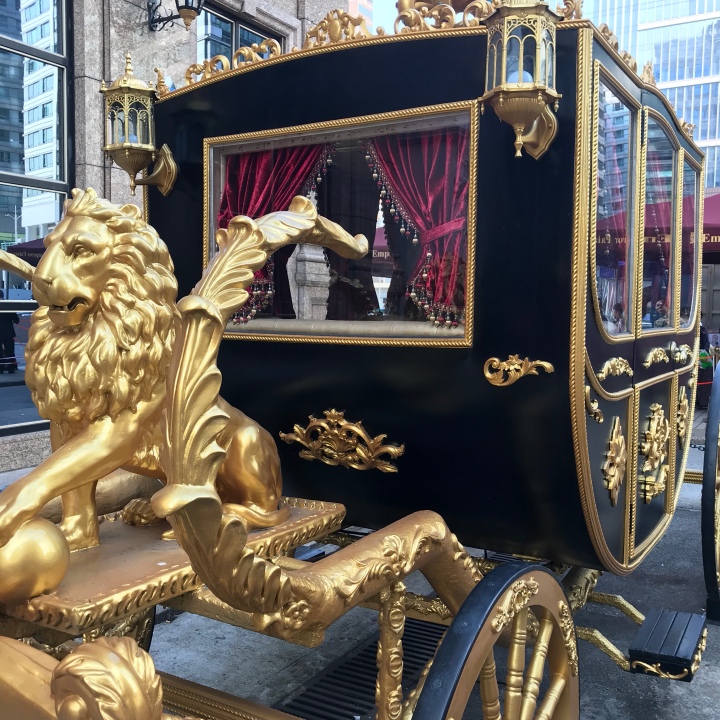 After hours of exploring Macau, we finally headed back to ferry dock to catch our ferry back to Hong Kong. And since we didn’t arrive too late, we decided to do some last-minute shopping and sight-seeing since we needed to head out the airport early the next day. 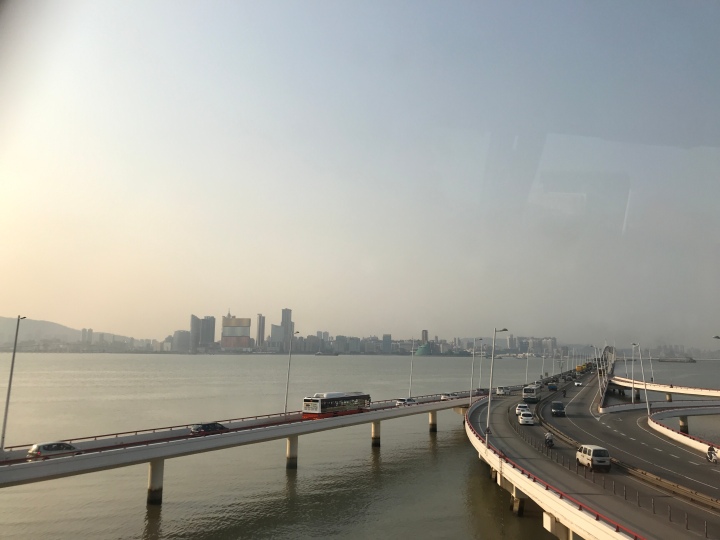 I loved Hong Kong and Macau, two different cities with lots of beauty to offer. I truly expected to see more of the both cities but one day for each simply wasn’t enough. I can certainly say that I will be returning hopefully soon to finish exploring what I didn’t get to see on this trip. I loved everything China had to offer and I am truly happy I had the opportunity to experience it.