On our second day in San Francisco, we decided to wake up early and go on the Alcatraz tour.

We boarded and headed out to the island. The boat ride was a little over 10 minutes, since the island is only about a mile off the coast of Downtown San Francisco.

We first explored the lower part of the island. 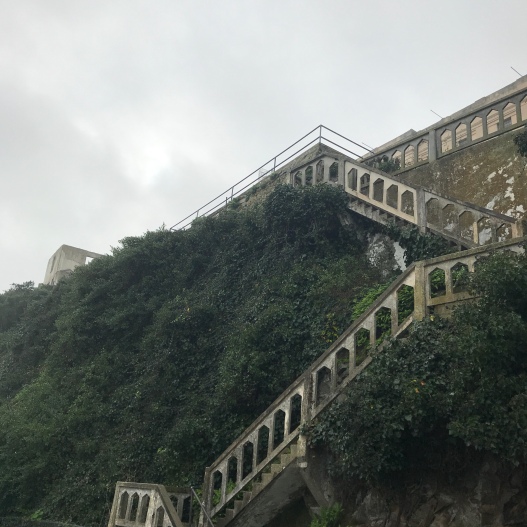 The lower part is not where the prisoners were held. They have small museums where they show you the weapons the guards would carry and a theatre where they show a video documentary of Alcatraz.

After seeing the lower part, we decided to head up to the prison building. It’s quite a workout to get up there but, along the way you get to see the old water tower and morgue.

When you finally arrive to the prison building, you enter through the shower room to get a head-set for your self guided tour.

After you grab one, you climb up some stairs, turn on your head-set and start the tour around the prison building.

This is where all the cells were located. The corridors of the prison were named after major streets, like this corridor below prisoners use to call Main Street. There are 336 cells, all 5 ft by 9 ft.

Fun Fact: Did you know prisoners would request a transfer to Alcatraz because they had individual cells and good food.

This was a prison inside a prison. This is where the worst behaved would be held. They were confined to their cell for 24 hours and were only allowed to go out to the recreation yard, once a week alone. 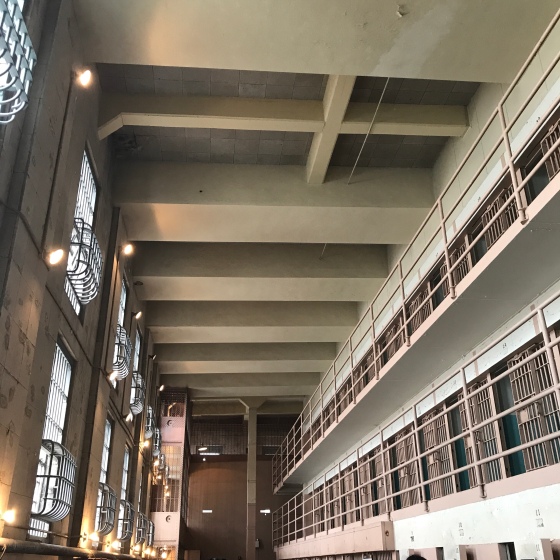 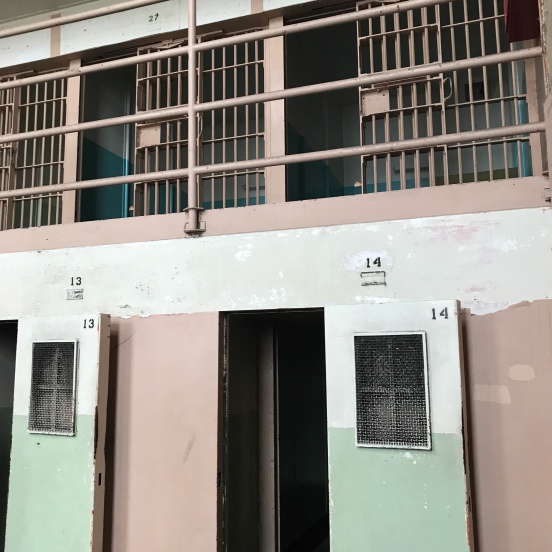 During this tour you also get to see the cell and the paper-maché heads used in the great escape of 1962.

You also see the control room, the lounge, where officers would take breaks, and the cafeteria. 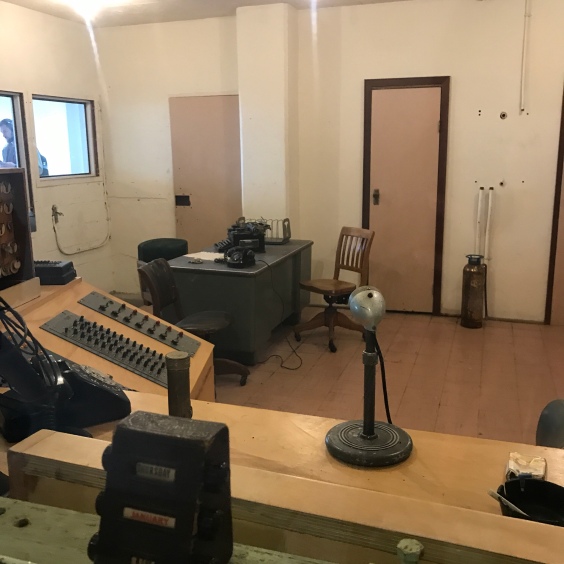 Fun Fact: Did you know that Alcatraz served gourmet meals to prisoners because they believed that bad food brought out bad behavior. Alcatraz holds, to this day, the best food in the prison system.

The island also housed citizens, families of the guards and warden. And since the island was about a mile off the coast, on a clear day you can see downtown San Francisco. We didn’t get so lucky since the day was foggy and rainy. 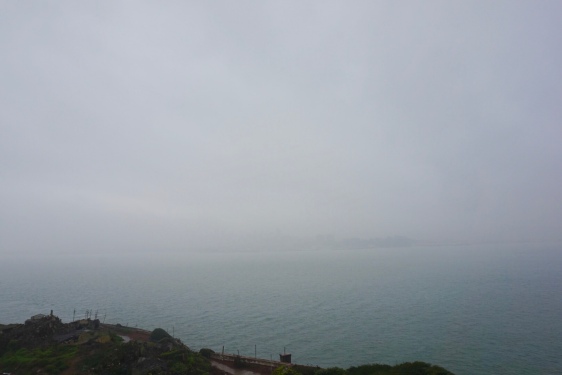 Alcatraz holds lots of interesting stories, some even told by people who experienced it themselves. On the day of our visit, there was a former prison guard there to speak on his experience working on Alcatraz. I can go on and on talking about the facts on Alcatraz but it will be a super long blog post. It’s quite a fascinating visit and to anyone visiting the bay area, I recommend a visit to Alcatraz. 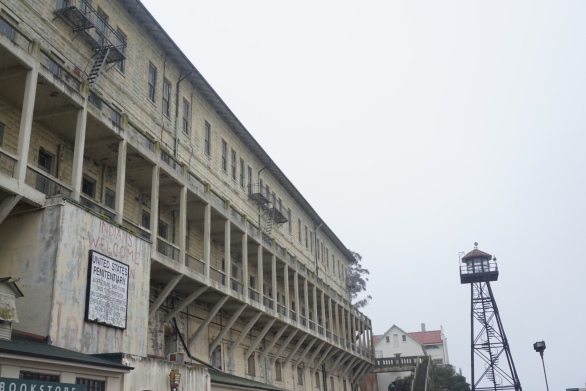